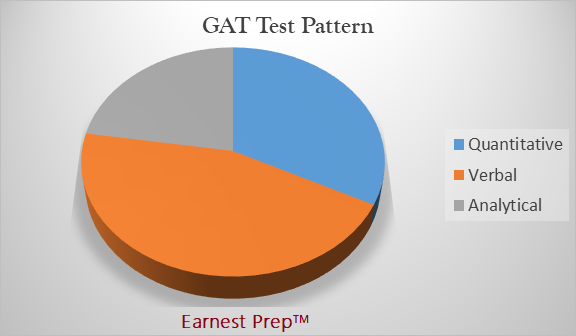 Many people who have applied for GAT General registration via NTS online portal are unaware of GAT Test Pattern. They must know the test pattern because this will help them design their own preparation strategy. Here, you are on the right page where you will see not only the details of GAT test pattern but also the description of each category. Just keep reading and know these important details.

Important Note: You will need to attempt 100 questions in just 2 hours in GAT (General) test. Also, there is NO NEGATIVE MARKING for incorrect answers and each question carries equal marks. 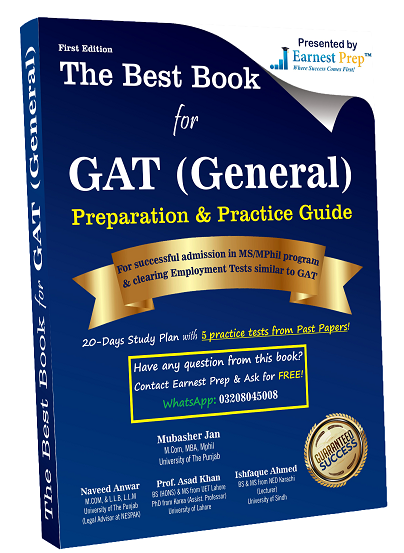 Hence, it is imperative to choose your desired field of study while registering for GAT General. And, you should make sure that you apply to the right category of GAT General, so you will receive the booklet of GAT General on the test day that would include specific weightage of each of the three sections. That is why you should know GAT General test pattern before starting your GAT preparation. The difference between the 4 GAT General types is the different number of questions in each of the three GAT sections (i.e. Quantitative, Analytical, and Verbal).

Why GAT General has different categories?

Passing out GAT General is not as easy as many people might think. Some people are good in these required skills mentioned inside the GAT test pattern above, while others are lacking such skills. So, people who need to learn these skills can become experts by following our tips to pass GAT General.